One of the largest challenges to moving from middle-school and early high school writing to more advanced work is the challenge to write something original. This doesn’t mean you have to invent some whole new theory of life, the universe, and everything. Rather, it means you have to make your reader think.

You can’t just regurgitate a bunch of facts you look up in a book or the internet. So how do you turn the general idea of “Holden Caulfield is alienated from his community” into something original? Something that hasn’t been written about hundreds of times already?

The first rule of writing is to consider audience, so consider the following suggestions and idea-generators. Your particular audience (i.e. your teacher) may not agree with some of the ideas here, so if you feel you’re getting into some truly weird/original/challenging territory perhaps check with them in advance. There’s nothing a teacher likes more than to receive an email from a student a week before a paper is due asking for some help kicking around ideas. This email (or phone call or appointment during office hours) should feature some good ideas from you, so that you aren’t just throwing yourself down and asking for help.

‘Conventional wisdom’ is a term often credited to John Kenneth Galbraith, a famous economist. The conventional wisdom is what most people (a simple majority) think about a particular issue. So if most people see Holden Caulfield (from The Catcher in the Rye) as being alienated, then it will not be argumentative to point this out. So if you defy the conventional wisdom, but arguing that Holden is a total conformist, then you’ll be into more interesting territory. Other examples:

Agree with the Conventional Wisdom, but for an Interesting/Controversial Reason

If you defy the conventional wisdom just for the heck of it, your reader will probably know. Unless you’re really good, which means you probably don’t need this help in the first place, and your enjoyment at playing with intellectual ideas will be obvious to your reader and they will love you for it.

So if you can’t come up with an oppositional argument, take the obvious view but have an original reason.  So if you truly think Holden is alienated, think deeply about why he might be alienated. Acknowledge all the obvious reasons in your writing, and then hit your reader with a nuanced and thought provoking reason. For instance,

“Many see Holden Caulfield as alienated. He is a loner, he gets expelled from his school, and he is incapable of calling Jane Gallagher. But few understand his alienation’s origin: Holden considers himself a failure because he has not made any sports teams at this school. While this failure is not addressed directly, it runs through the book and we can see its caustic affect on the young man’s self esteem.”

This view might not be correct. In fact, we know we’re on to something because we aren’t sure whether it is correct or not. That’s why you would need to write a paper to explore the idea. In both of these approaches, it is enough to introduce some doubt – to shake the conventional wisdom enough that your reader says “huh!” as they read, and leaves your work not convinced beyond a reasonable doubt, perhaps, but intrigued and able to think more deeply about the subject matter. If you tell them what they already know, they’ll be bored to tears.

If you are writing about a sports team, find some research from another field – like economics or music – to give your investigation a unique angle. Bringing two disparate subjects together like this will require analysis, clever transitions, and some deep thinking – exactly the kinds of skills you’re being asked to demonstrate.

Come Up With Something Truly Original

It’s possible! You might come across something someone has never said/written/thought about the subject matter. Then you’re really doing well, and you just have to write well enough to do the idea some justice.

Intro to the Rogerian Argument 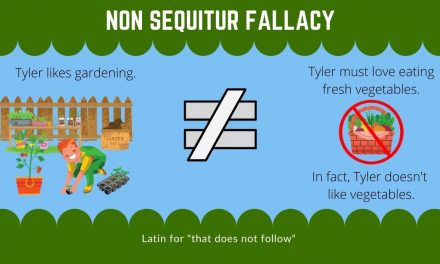