Few things can lose an audience’s attention faster than seeing a poorly designed slide deck pop up behind the presenter. Contrary to popular belief, aesthetically pleasing and informative presentation slides are not difficult to create. Let’s start with a borderline train wreck of a presentation and see how we can quickly improve it.

To start off we’ve created the most basic, droll, uninteresting slide deck you can imagine. The instant these slides show up behind the presenter you know that you’ll regret not having skipped the presentation. By the time we’re done with these slides, we’ll be left with an interest-grabbing presentation that would capture even the attention of someone with absolutely no interest in our topic (who doesn’t love woodpeckers though?). 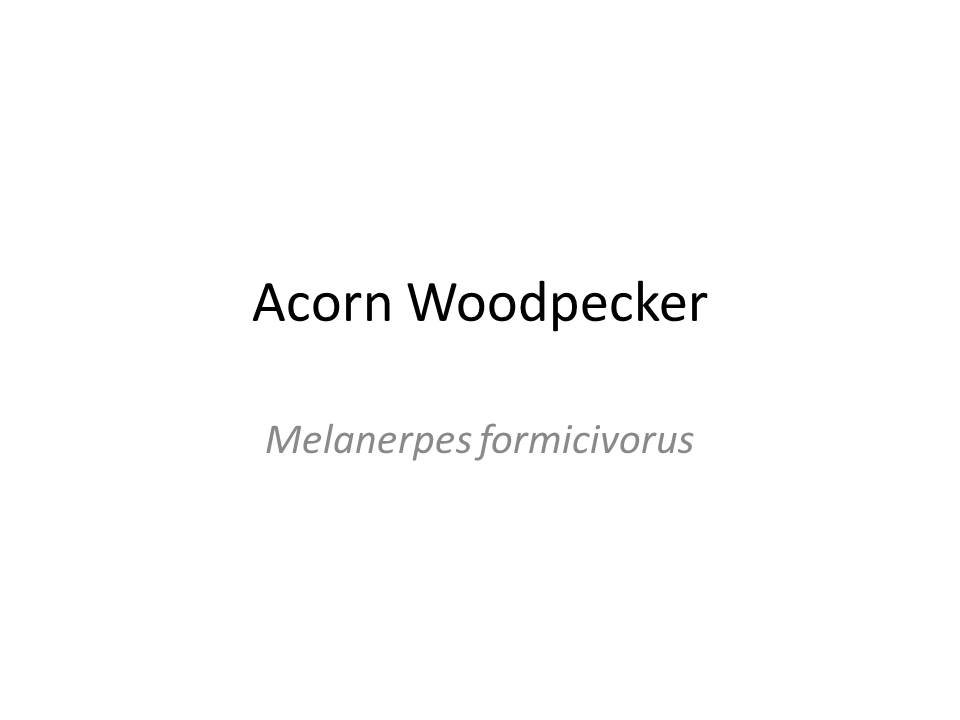 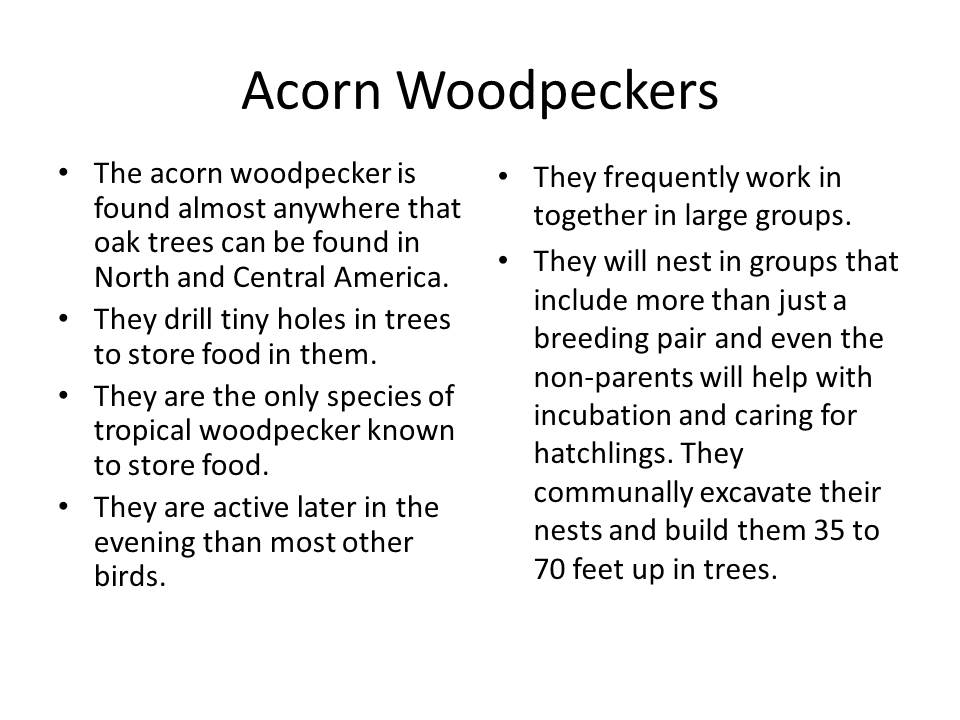 There are a multitude of issues with these slides, but let’s take them in order from most to least noticeable. As we do, we’ll understand three keys to making dynamic, effective presentation slides.

What is the first thing that stands out? Especially if you were in a dark room, that glaring white background showing up is going to make for an unpleasant experience for the audience, like someone throwing open the curtains right as you’re waking up. And once your eyes do adjust, you’re going to be left with a giant distraction behind the presenter.

Not only is it aesthetically unpleasing, there’s a scientific basis for using a different color scheme. The human brain is wired to be drawn to signaling colors and motion. Bright colors naturally draw our attention.

But don’t we want the audience to pay attention to our slides? Not really. The slides are there for a reason: to complement the presentation. Let’s frame it as a cooking metaphor. Famous chef Alton Brown said: “Salt makes food taste more like itself.” If you made dinner for someone and asked them how it tasted and their response was “salty”, that’s probably not a good thing. Likewise, slides should complement the presentation; if the slides become the overpowering “flavor” of the presentation, you’ve not prepared them correctly.

What colors should we use? A whole book could be (many have been) written on color science and the effects different colors have on the human psyche. But to put it concisely, use colors that are neutral and low contrast. Think grey and dark blue not pink or teal. 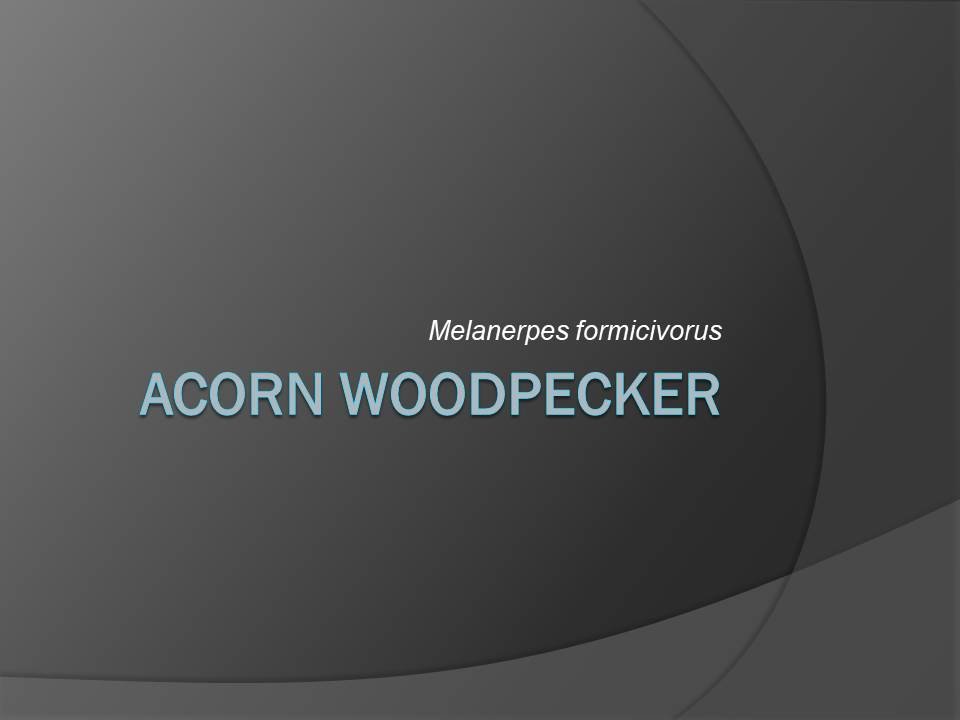 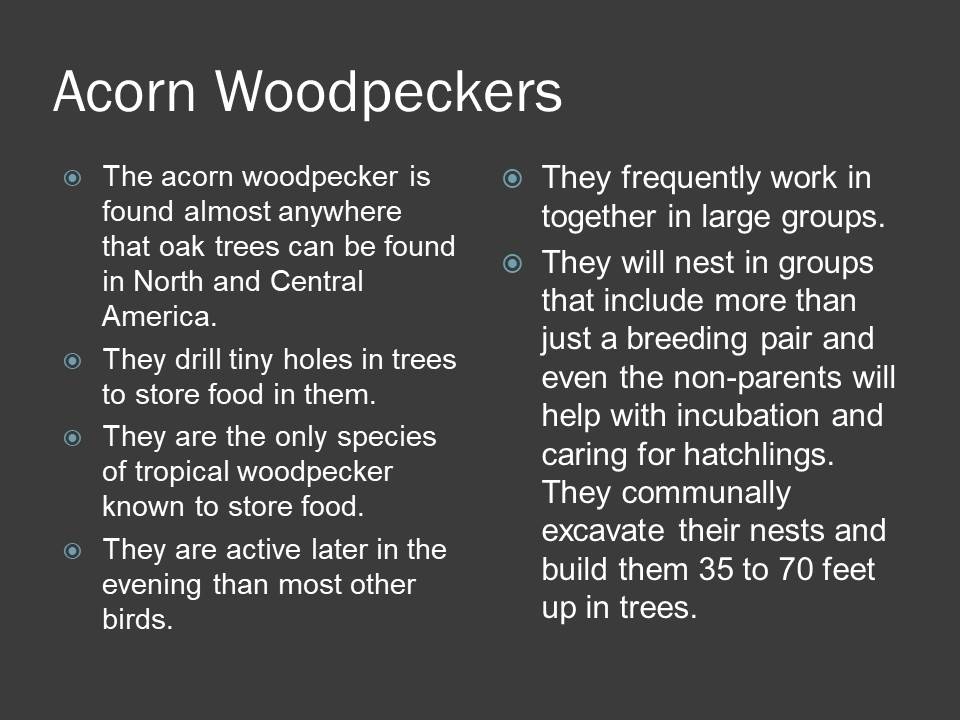 Notice an added benefit of using a dark background? Our eyes are now instinctively guided to the text. Therein lies our next problem:

How many points should we put on one slide? No more than six. A lot of people will arbitrarily state varying numbers. We say six because there is scientific research backing why six is the key. This TEDx talk by David JP Phillips goes into the science behind it; put simply, at six there is an exponential leap in the brain processing power needed to process information–which leads to the audience being fatigued and mentally disconnecting. (The link to the video jumps to the demonstration segment.) It only takes two-tenths of a second to count five dots when they display on a screen but five times longer to count seven. Comparatively from seven to ten the difference is only about twice as long. The big leap is at six.

Our slide already has six, so we’re good to go, right? We managed to squeeze 101 words across 6 points into this cluttered mess of a slide. That takes us to the second part. Your (maximum) six points should not be full sentences. Your slide deck shouldn’t look like your outline, or even worse, a manuscript.

Use the points like sign posts that guide the way through the discussion. Let’s take the first point from the slide as an example. We’re starting with a full sentence of eighteen words. What should we do? Let’s break it into two points and cut it down to eight words.

As the presenter talks about how the woodpeckers’ range follows the distribution of acorn producing oak trees, the slide serves to help keep the audience focused on the main point. If they’ve momentarily mentally drifted off (which happens even to the best presenters) it helps them pick back up with the presentation. And these limited points keep the focus on what you are presenting, not on making the audience read an onscreen mini-essay.

But wait! Now we will have seven points on the screen, right? That takes us into our third point about text design.

One point = one slide

Imagine trying to eat an entire pizza without cutting it into slices, that’s going to be a nightmare. And if you’re going to eat the whole pizza it doesn’t matter if it’s cut into six, eight, or ten slices; what matters is having them in manageable sizes (and the resulting coronary). 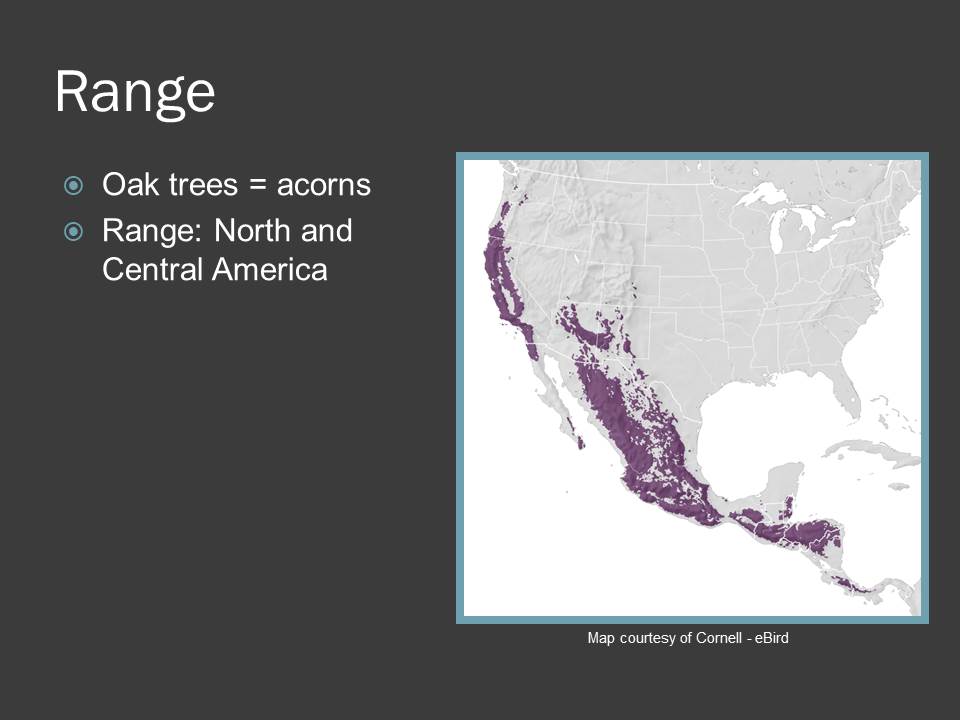 If the slides are correctly designed, the resulting number is completely irrelevant. As a general rule on how to define “ideas”, each slide should take about two to three minutes to cover if you’re trying to figure out how to break up ideas.

In our sample slide, we actually covered three different topics. One of the points is several sentences long! By splitting them into shorter, focused points and dividing the slides into topics, we can transform this confusing wall of text into a useful complement to our presentation. It also leaves us room to incorporate additional complimentary information such as photos or information presented in graphical formats (maps, charts, graphics). 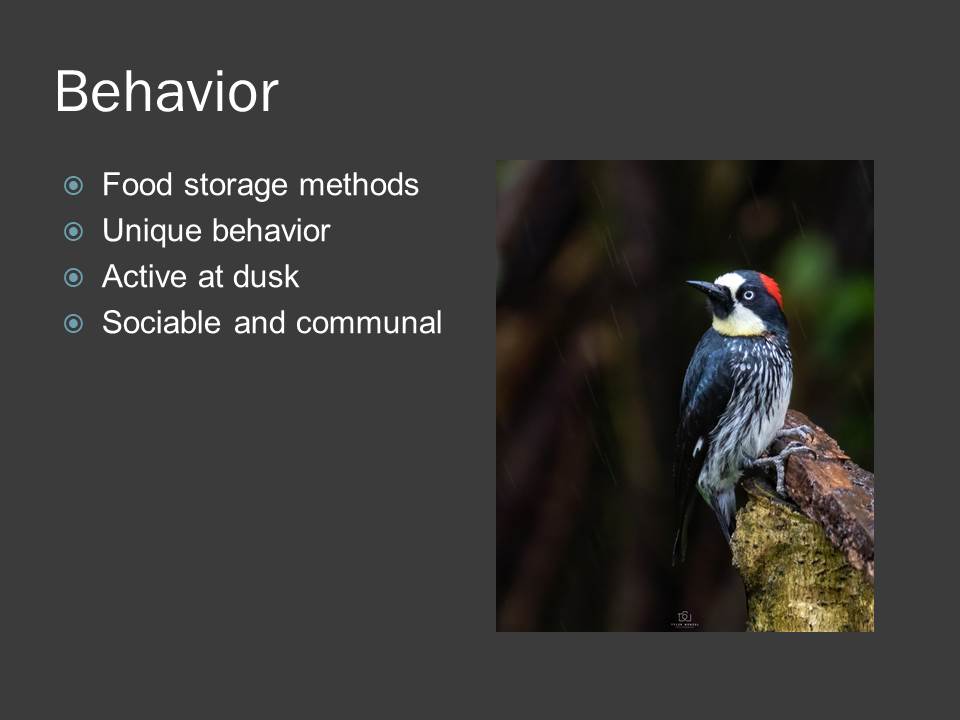 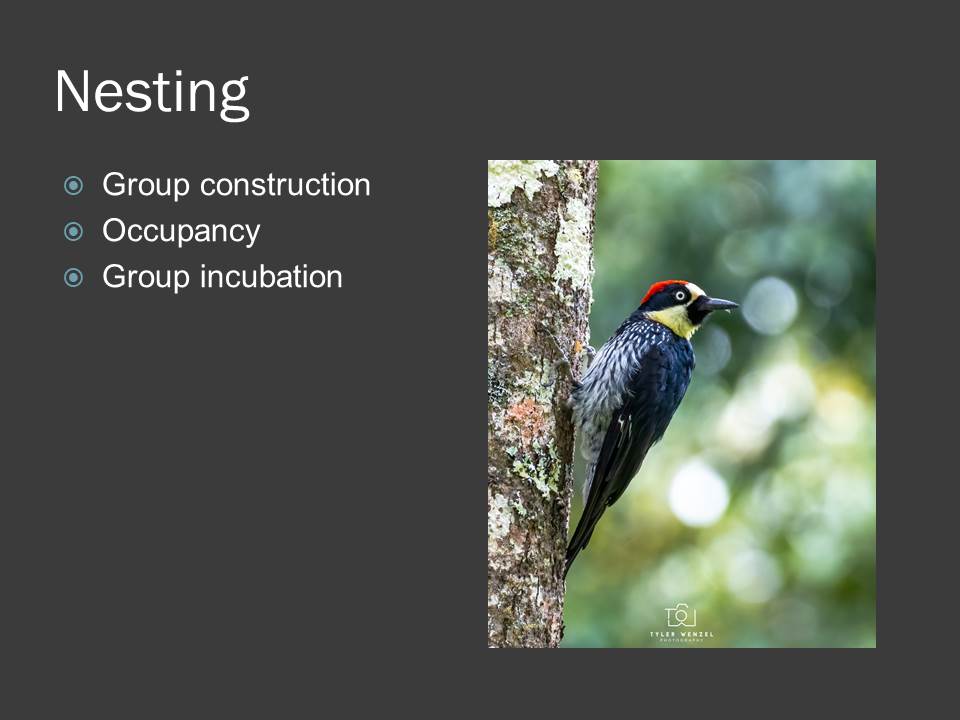 We’ve already come a long way from our starting point just by making appropriate color and text choices. The final aspect is the overall approach to graphics: transitions, sizing, and contrast.

Try to remember back to creating your first PowerPoint in elementary or middle school. What did they universally have in common? It was as if the resulting presentation was turned into a neo-Frankenstein with so many moving parts that ended up baked into it; slides whooshing and spiraling in and out, text bouncing and waving across the screen.

The result is that we tend to overcorrect to the opposite extreme. We fear that any use of movement and transitions will make our presentation look amateurish. That’s not true! The key is making sure that any transition or movement we incorporate is deliberate and serves a purpose. For example, if we’re approaching the six point limit for our slide, it might be helpful to use transitions that make PowerPoint highlight only the exact point we’re discussing at the moment. 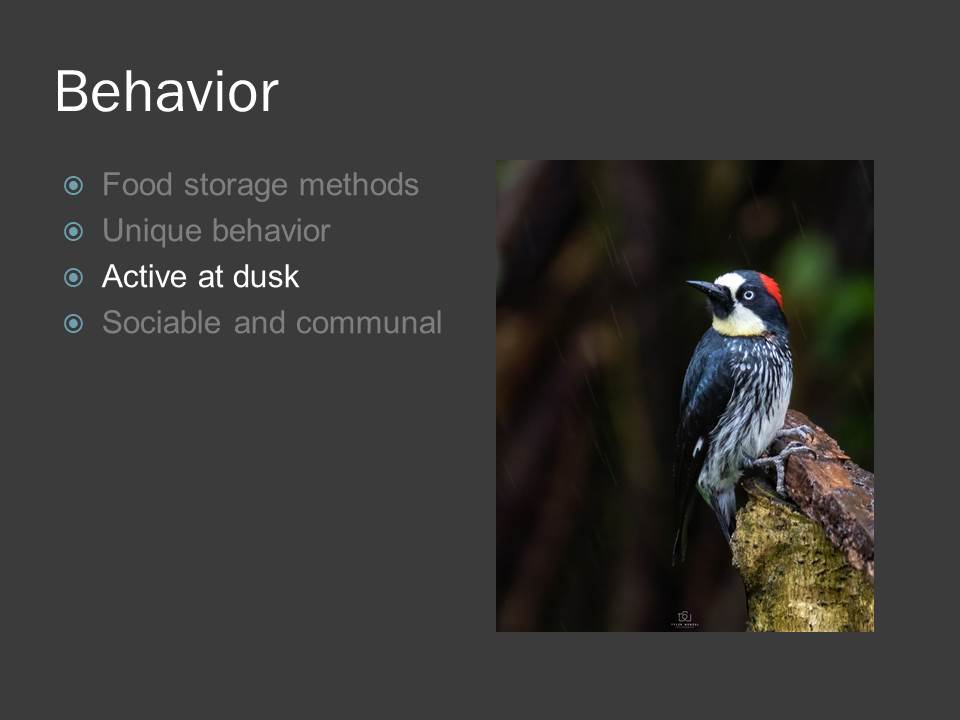 Besides using contrasting colors, we can also use size to our advantage. The human eye is drawn not only to bright colors but also to the largest elements on the slide. Don’t assume that just because the template defaults to making the slide title the largest font means that is the right way to do things. 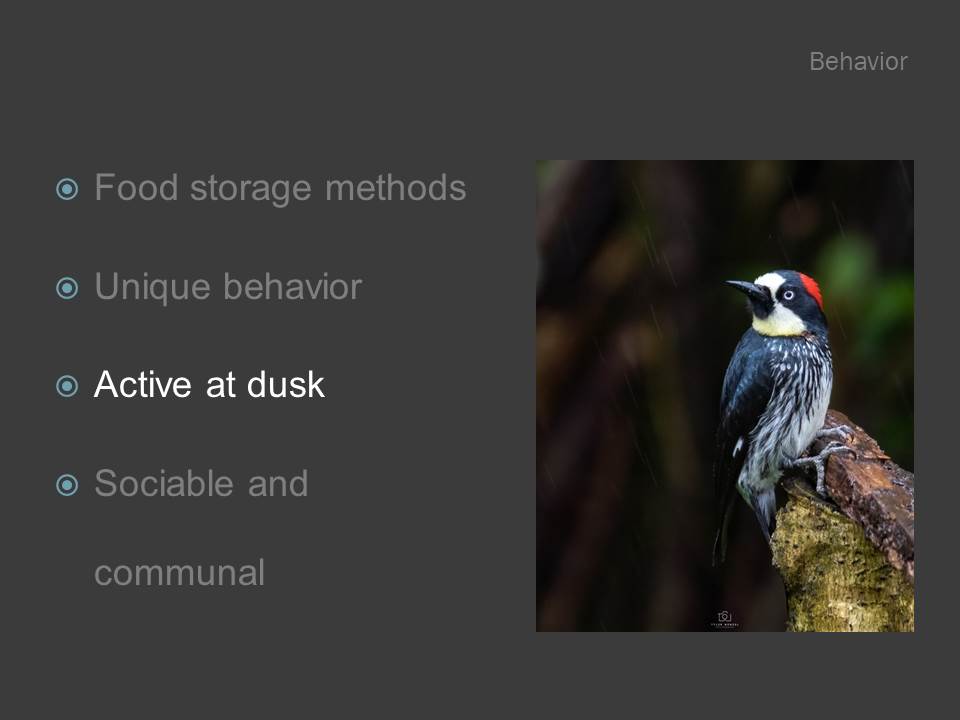 As a rule, make your largest text the most important. If the slide title is more just serving as a placeholder than providing essential information, make it smaller than the main points of your slide. Similarly if you only have a few points, don’t cram them all into the top left corner, adjust the spacing and/or font size to fill the screen more.

Does our slide deck look like the most impressive piece of graphic design you’ve ever seen? I hope not! It was created on PowerPoint 2010 using the built-in color schemes and themes. And we did that for a reason. Was that reason that it was the only presentation tool that was loaded on my travel laptop as I developed this on an international flight? Yes. But was it the only reason? No!

In fact, what we wanted to show is that you don’t need the latest software, a fancy design template, or a degree in graphic design in order to create slides that will make your presentation more dynamic. Just as you don’t need to be a Michelin star chef in order to make a great meal, by making deliberate and informed choices about slide design you can make a five star slide design that will complement your presentation. 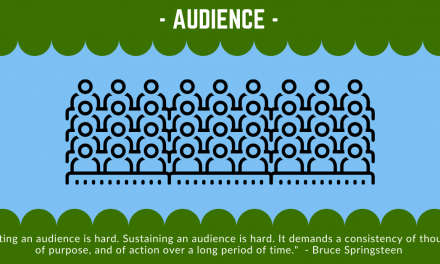 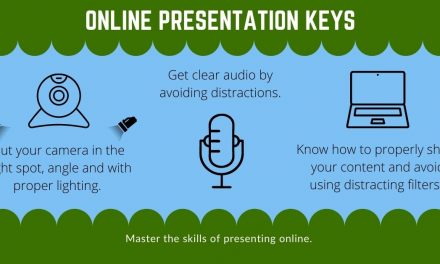