The Greek philosopher Aristotle identified three fundamental strategies for persuading an audience—English teachers may call these strategies “rhetorical appeals.” Everyone who reads or writes arguments should be able to recognize these:

Strong arguments always use at least one of these strategies, and often it’s effective to use two or all three of them.

Logos is the use of logic or reason to persuade your audience. The chief forms of logos are inductive and deductive arguments.

An inductive argument moves from the particular to the general. First you present evidence of a particular phenomenon by describing a set of cases. Then you conclude that your evidence indicates a general rule. For example:

Here’s an example of a deductive argument that you might see in a class essay:

The postseason playoff system works efficiently to determine the best team each year in nearly all American pro and college team sports like basketball, baseball, hockey and lacrosse. So if the NCAA allows it, playoffs will be an effective method for college football as well.

In this example the author begins with the large claim that efficient playoff systems are a nearly universal feature of U.S. team sports. From this general situation, she draws the specific conclusion that a playoff system would work just as well in college football.


>> Learn More About Argument: Strengthen Your Argument with a COUNTERargument

Ethos, or the ethical appeal, is based on the author’s character and credibility. You bolster your ethos by demonstrating competence, honesty, and, when appropriate, compassion. Here are some of the best ways to establish and maintain a strong element of ethos in your communications:

Pathos is an appeal to the emotions of your audience. Although some might say that emotions are irrational and don’t belong in logical argument, careful appeals to the emotions of your readers can have powerful persuasive effects. For example, say you’re writing a paper supporting gun control laws. Of course you’ll want to make use of logos by citing hard data that indicates how gun control laws can prevent tragic violence against innocent people—statistics that show lower rates of gun violence in states or nations with stricter gun control laws would be one effective kind of evidence to use. But such hard data, while it has its strengths, does not dramatize the human side of your issue the way that a particular story of a tragedy might. In the beginning of a paper like this, you’ll need to quickly garner the attention of your readers while also making them aware of the gravity of your topic. You could do so by describing a gun violence tragedy that might have been prevented by stricter gun control laws:

One chilly March morning last year, after Christina Henderson kissed her husband goodbye and dropped off her eight-year-old daughter Sarah at school, she stopped at a local convenience store to grab a donut and coffee before work. As Christina approached the store’s checkout counter, Arnold Mayer entered the store brandishing the Glock 9mm pistol he’d bought at a gun show just the day before. Because her state’s lax gun regulations had allowed this convicted felon to acquire a firearm so easily, Christina would never taste that coffee, and she would never see her husband or daughter again.

If the outcome of such a case were different, pathos could be used to make an argument against stricter gun control laws. For instance, a student arguing in support of laws permitting concealed carrying of firearms might write this sort of opening:

One chilly March morning last year, after Christina Henderson kissed her husband goodbye and dropped off her eight-year-old daughter Sarah at school, she went on to her job as cashier at at a local convenience store. Christina had just begun ringing up customers when convicted felon Arnold Mayer entered the store and shoved his Glock 9mm handgun into her face. But because her state’s gun laws allowed law-abiding citizens to carry firearms for protection, a quick-thinking customer pulled his weapon and shot Mayer in the buttocks, after which another customer was able to disarm the would-be robber. Christina returned home safely to her family later that day.

In persuasive writing, pathos does need to be used very carefully. You’ll want to avoid sloppy sentimentality or emotionalism that seems manipulative. Remember that you’re not writing a schmaltzy melodrama—you’re devising ways to illuminate the complex truths of a certain issue and to defend your point of view. Your prime objective in an argument is always to persuade your audience, and every rhetorical strategy that you employ should be geared to that purpose.

WIN From the Start: Write an EVOCATIVE Title 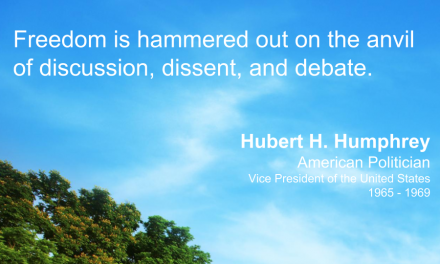 Strengthen Your Argument by Including a COUNTERargument

Examples of Persuasive and Argumentative Essays