What’s the Difference Between a Letter of Interest and a Cover Letter? 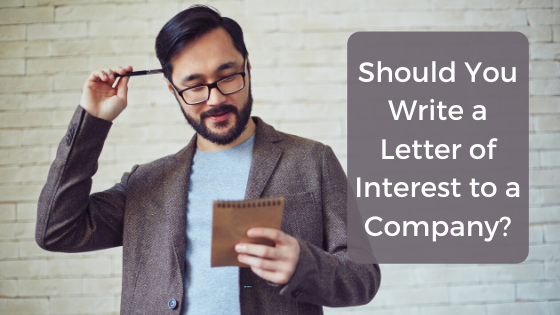 After seeing how many people ask this question online, I felt it was important to make sure our readers understand this is not the case. Here’s the difference between a cover letter and a letter of interest.

WHAT GOES INTO A COVER LETTER?

Your cover letter shows why you’re the best fit for this particular position. A good one uses specific stories from your experience and language from the job description to illustrate how you fit the position. The cover letter is usually a longer document than a letter of interest, coming in at under a single page but not less than half a page.

The letter should include custom information including the company name and job title for which you are applying, and should be addressed to the recruiter, hiring manager, or human resource senior.

Don’t address the letter “To Whom It May Concern.” In the rare situation that you absolutely cannot find the name of someone at the company to address it to, address it to the most likely position to read it (e.g., “Dear Head of Recruiting,”).

A cover letter is your digital handshake and a chance to make a great first impression. Include some recent professional accomplishments and resolve any red flags like job gaps or short-term roles. Be sure to also spend a few sentences talking about why the company interests you. Read the company mission statement and find out what they’re all about. Then, use that mission to tell the reader why you fit the company culture and would be a great fit for the role.

IS A LETTER OF INTEREST THE SAME AS A COVER LETTER?

A letter of interest has a similar structure to the cover letter but is not part of a job application. It’s sent to hiring staff at a company you want to work for when they don’t have an available job posting to apply for.

A letter of interest can be effective, but by itself, it can’t replace the power of a personal connection at the company through your network.

A letter of interest can be effective when there isn’t an available job posting at the company yet (especially because 70% of jobs are never even posted!)

It can be an attractive option if there’s a particular “dream company” that you would really love to work for. It allows you to start the conversation with the company and may lead to an opportunity that matches your skill set and desired role, including salary! Even if they don’t have a job open for you at the moment, the hiring manager will be more likely to remember you when they do.

WILL A LETTER OF INTEREST WORK?

In this way, a letter of interest is like Let’s Eat Grandma’s cold emails, although our cold emails are shorter and specially written for busy executives.

Sending in a cold letter of interest is also generally not a preferred option because it’s better to connect with someone in the company over LinkedIn or through your network. This personal connection allows you to explain everything you would in the letter of interest through a real conversation, which will make you stand out more than a letter in someone’s inbox. (It’s not a mystery that 65-85% of jobs are filled through networking.)

If you can’t make that personal connection to someone in the company, just send a cold email (or have us write one for you!)

A cover letter is a great tool when applying for a specific role and is used as your digital handshake prior to a review of your resume. The cover letter should be about ½ to ¾ of a page and explain why you are a good fit for the role.

A letter of interest is sent to hiring staff when a job you want isn’t yet posted, and you want to introduce yourself in anticipation of future roles. A letter of interest is shorter, typically under ½ page, and more similar to a cold email. It can be effective in some situations but is most valuable when combined with a personal connection to someone in the company.

Let’s Eat, Grandma helps professionals rebrand themselves to land their dream jobs. They've been named the "Best Overall" Resume Writing Service of 2020 by The Balance Careers, and they're eager to serve you. Click their logo to learn more, including what's up with the name? or to schedule a call to find out how their resume writers can help. Or just create a free account to submit your resume for a free Career Score.

The New World of Business Writing 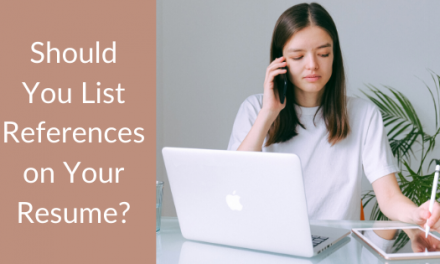 Should You Be Listing References on Your Resume?